- preservation and development of collection funds of live wood plants of the Main botanical garden of “Institute of Botany and Phytointroduction” as the genetic potential of the development of Kazakhstan (forestry, planting of greenery, agriculture, nature protection activities). This doctrine is in line with Objective 3 of the Ministry of Education and Science in the departmental strategic plan for 2014-2018“ Modernization and Further Development of Science Infrastructure…”;

– еlaboration of recommendations and assortment of plants for increasing the efficiency of production (forestry, green construction, agriculture) and nature protection activities. The dogma is in line with Objective 1 of the Ministry “Synchronizing Science with Innovative development of the economy for implementation of the set objectives for innovative industrialization of country economy”;

– specifying the species and intraspecies specific nature of plants, identification of general patterns of intra-species variability of plants.

In 2013-2014 the research on the grant “Patterns of resistance of introduced plants within the period of global climatic change”. There has been carried out the assessment of the primary heat resistance of tissues of leaves of 60 taxons of woody plants, including 16 cultivars Berberis thunbergii DC. and 14 cultivars of Corylus avellana L. It has been established

that different cultivars of the same species, different populations of the same species  are characterized with dissimilar heat resistance of leaves of plants. The performed research has demonstrated that there are connections between the properties of heat resistance of leaf tissues and the correlations, established by the chronobiological analysis, but these connections are not unambiguous. In respect of the genus named nut tree for the sublethal heat resistance threshold, the beginning of the growth of stems is important, and in respect of the cultivars of the same genus – the termination of the stem growth is important.

In respect of a broad spectrum of properties the variability of parent plants for the selected forms is identical to the population variability. In addition to it, the properties are identified in parent plants may be characterizated by other frequency. The molecular and genetic analysis performed by the ISSR method with using 8 primers by the laboratory of the molecular biology of “Institute of Biology and Biotechnology of Plant” RSE of CS of RK MES has demonstrated that the forms, characterized by the resistance of fruit bearing to the recurring spring cold weather are not related to the special structure of genome, but is implemented within the broad range of variability of such structures.

The plot is set up for the performance of testing of cultivars of forms of common apricot from the natural populations of Kazakhstan, which fruit bearing is resistant to recurring spring cold weather. In the area of 0.875 hectares here are 197 nursery plants 21 forms and 28 nursery plants of the “control” cultivar of Krasnotschekiy Nikitskiy. Thus, the establishment of the area for the cultivar testing was ensured for 21 forms of apricot with the fruit bearing resistant to recurring spring cold weather of which there were 205 plants of forage plants and 28 controlled plants of the area dependent cultivar.

In 2015-2017 the lab performed the research under the grant “Species related and Intraspecies diversity of the barberry plants of the south and the south-east of Kazakhstan”. The molecular and genetic research with the use of ISSR markers have straightforwardly shown the separate nature of  Berberis iliensis M. Pop. and Berberis sphaerocarpa Kar. et Kir. as separate species. In the event of natural hybridization of these species the molecular and genetic properties of the populations occupy a transitional position.

The hybrid population close to the populations of the Barberry of the Ili is in line with the Temirlik population at the equal distance from the two species groups – the group of populations of Ussek and Big Ussek. Possibly this depends on which of the species acts as a mother plant during hybridization. The oblong barberry is not always separated from the genetic and molecular point of view and it is close to the round fruit barberry. The molecular and genetic research using AFLP methods has shown that Berberis oblonga (Regel) C.K. Schneid. is not a species, but a component of Berberis sphaerocarpa Kar. et Kir.

The systemic and morphological research of the fruit of barberry have allowed to develop the idea on the homologous variability of the shape of fruit of plants into “the geometric” system of homologous variability of forms of fruit. The diversity of the form of fruit Berberis iliensis M. Pop., Berberis sphaerocarpa Kar.et Kir., Berberis integerrima Bunge, and Berberis sibirica Pall. are in line with the system of variability, confirming it's objective nature.

In respect of the researched barberry, in accordance with “geometric” system 12 forms of fruit are implemented. Such a diversity of fruit forms may be realized by group of populations of the species, of the single population of the species and even with a single plant. The analysis of the variability of forms of fruit in fruit сlusters of the barberry has shown that such a variability is epigenetic, but not mutation related. In respect of the project there have been prepared the monographies “Epigenetic homologous variability of the form of fruit of plants” and the book “Barberry of the South-East and the South of Kazakhstan”.

9 articles have been published.

of the Scientific and Technical programme “Sustained Management of Genetic Resources of State Botanical Gardens of the South and the Central Kazakhstan – specially protected natural territories of the republican importance – in conditions of transition to “green economy”. The implementation of objectives of the programme has ensured the preservation and the replenishment of the collection funds of wood plants of the open soil of the Main Botanical Garden. The Exposition titled “North America” has been formed since 1954. The plot occupies 4 hectares. The collection has 217 taxons from 35 families and 66 genuses.

The newest plot, titled “Hazel” was established in 1992. The collection area occupies the area of 0,5 hectares. In the plot there were represented 6 species and 18 cultivars of the genus of Corylus. At present the collection wood plants, taking into account the plants with overlapping habitats, of the global and of Kazakhstan flora is represented with 920 taxons of introduced wood plants, comprising 50 families, 131 genuses, 675 species, 32 forms and 179 cultivars. The replenishment of the collection fund of the wood plants comprised 90 taxons. 35 taxons were replanted in order to continue introduction tests on exposition and systematic plots.

The research is carried out according to 2 priority academic focal areas:

1) The rational use of natural resources, processing of raw materials and of products;

Within the framework of these focal areas for the lab the promising focal areas are as follows:

- preservation and development of collection funds of live wood plants of the Main Botanical Garden of “Institute of Botany and Phytointroduction” RSE, as the genetic potential of development of Kazakhstan;

- development of recommendations and assortment of plants to increase efficiency of production (forestry, green construction, agriculture) and nature protection activities;

- determining the specific properties of plants according to species; 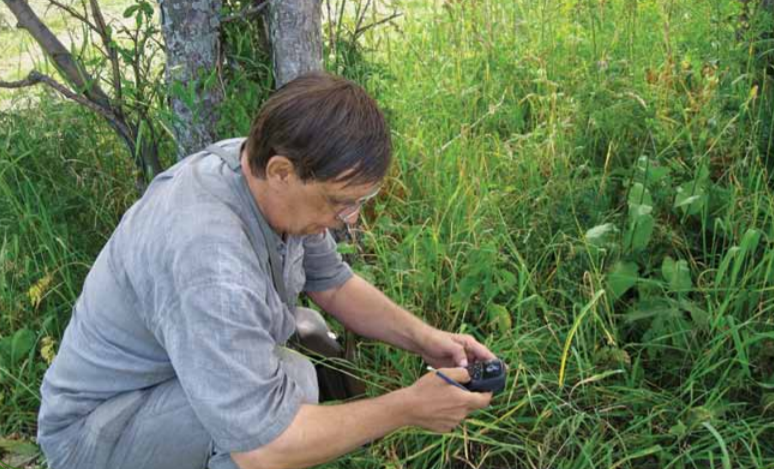 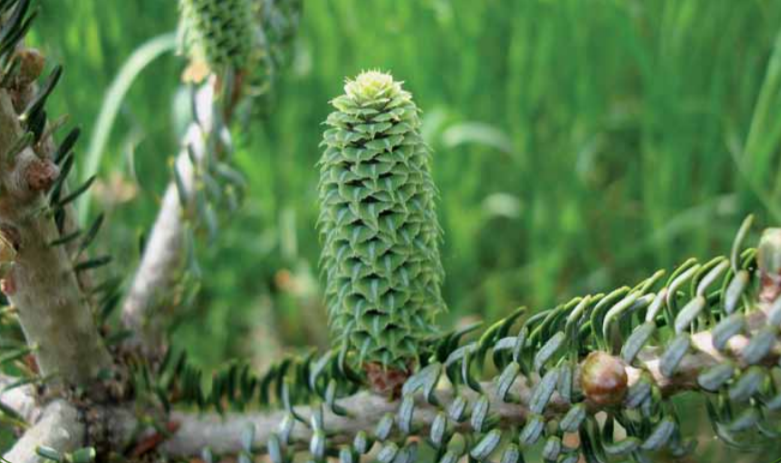