Laboratory of Introduction of Flower and Decorative Open Soil Plants

In 1994 in connection with the unification of the Institute of Botany and the MBG, the Flower Cultivation department was included into the composition of the Dendrology division and it was named the Department of “Introduction of plants”. During the perestroika many employees left the Garden and collections remained without curators, which told on the condition and the preservation of the collection fund of flower plants. Due to a small number of employees, in 2011 the lab Flower and Decorative and decorative plants the open ground was included into the composition the Division the Tropical and Subtropical plants. In 2015 the Laboratory Flower and Decorative plants the open ground was made an independent division.

- development of theoretical issues of introduction and study bioligy of Wild Kazakhstan plants  of Kazakhstan, especially rare and endemic species;

- preservation and development of collection of introduced plants;

- selection of prospective species and cultivars for use in improvement of Green Building and commercialization.

From the beginning of organization, one of the main objectives of the Flower Cultivation division was the introduction into the culture the flower plants, engaged from the wild flora, jointly with the perennial plants, new in flower cultivation. The tests in the culture of wild decorative flower of Kazakhstani flora started from the moment organizing division. The work for engaging the wild species herbaceous perennials and for their testing is conducted at present. Following unification of MBG with the Institute of Botany, the Alpine exposition was established (1996-2016) – a unique collection of natural flora plants and in the first turn, rare and endemic species, being highly decorative plants. As at present the collection has over two hundred species of grass plants, otwo hundred species herbaceous plants, from which 36 of the flora of Kazakhstan

- the study of adaptational properties of introduced rare and highly decorative plants from Kazakhstan natural flora for their further reproduction and their Mintroduction into the culture;

- preservation of species and cultivar diversity, having collection funds;

On the initiative of the General Director the Institute, Sitpaeva G.T., within the framework the International programme “Flora of Tien Shan. The Route Central Asia” with the financial support on Korea in MBG in 2016 there was started a plot for introduction tests rare and endemic plants the natural Kazakhstan wild flora.

During the period from 2012 to 2017 the employees of the lab performed research on 3 grant projects:

- Identification structural patterns population rare endemic species plants Shu-Ile Mountains Northern Tien Shanfor ensuring the preservation their genetic pool (2012-2014). As a result of implementetion of the project data were received about modern state, number and location for populations rare plant species in the region and peculiarities their ontogeny for elaboration of recommendations rare species preservations.

- The influence impact of recreation activities on the main vegetation communities of the Zailiyskiy Alatau, within the limits of the Ile Alatau national park” (2012-2014). In the course of implementation of the project there were identified the main factors of anthropogenic impact on the vegetation communities in the territory of the Ile-Alatau National Park. A preliminary assessment loading level on vegetative cover was performed and the floristic composition and the indicator species were identified.

- "Number and structure populations rare endemic and useful plants the Northern Tien Shan and their changes depending on antropogeniс factors as criteria for rational Nature management". As a result research there were identified and described the populations rare and endemic species of the Shu-Ile mountains, Zailiyskiy and Kungey Alatau, in locations with the varying level violation vegetation cover. Specifically, the floristic composition was described and analyzed, their number and age related composition of populations of rare and endemic species of various life forms.

- Introduction, preservation and reproduction rare, endemic and economically valuable grassy perennials natural flora. The study of their adaptational properties and development of optimal methods introduction into the culture.

- Extension species and cultivar diversity flower plants flora of the different area. Identification their biological properties in the event introduction into near mountainous area, and development effective methods preservation and reproduction for industrial flower cultivation.

- Establishment expositions flower and decorative plants of the natural flora, for familiarizing the wide strata of the population rare and endemic plants of the Kazakhstani flora.

- Publication of atlases – determining plants for use in the study curricula of schools and higher educational establishments as well as for the exercise of cultural and teaching function with the MBG. 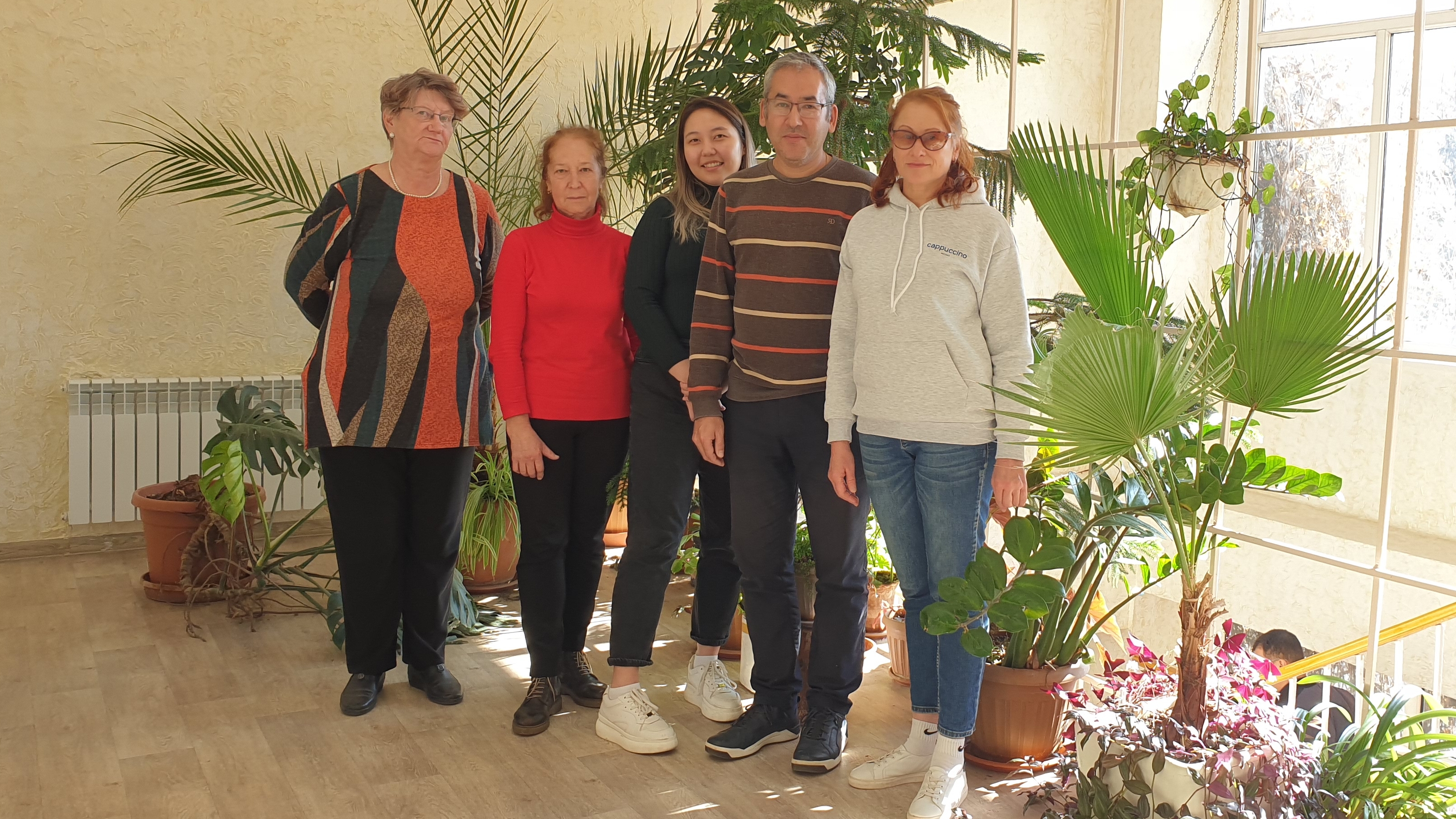